Just after reading this, you will say that the title was clickbait, but try to feel for that man. Listen his story.

Sattur is now a grown-up man. Many of his friends are currently doing decent jobs in nearby villages, but doing some regular job was not his cup of tea. He wanted to do something different, be the first entrepreneur of his small village, he followed his passion, became a thief and now he wants to become a celebrated thief. He stole things like utensils, clothes etc. but now he wants his next robbery to be something different, something like his signature.

Days passed, he decided to steal onions, precisely one hundred onions, nothing less, nothing more and for this purpose he chooses Baliya’s farm. Though he feels pity for that man, an aim is an aim, Pandavas hadn’t left their emotion, they would not have won the Mahabharata. So he waits for the night.

Night comes and goes, one hundred onions are gone from Baliya’s farm. And within seconds everyone knows who did this, it’s Sattur because he is the only thief in the village. “Oh, no !” Sattur had not expected this because he wanted to do a series of his signature robbery but forgot that he was the only thief.

So it’s the next day, Sattur is in front of the judge, and this judge is wicked, wicked like a mosquito, but he does justice. So he gives three choices to Sattur. First, he can eat one hundred onions that he has stolen. Second, he can take a hundred beatings with a cane stick. Or he can pay the price of one hundred onions and nobody will remember this incident.

“Voila! “It’s too easy; he was not expecting the judge to be so relaxing. He eats onion with every meal, so he chooses the option one. Everyone is now watching, and Sattur is eating onions at a voracious rate, one onion, two onion, three…
“God, I can’t swallow even one more”, the tear is flooding in his eye, he is feeling suffocated. “How many ?”, the judge asks his assistant, “ten, Sir”, he gets the reply. “Ops, this man will die, hehe”, what a wicked smile. Now Sattur wants to switch to the second option, taking beating his far easier than eating this shit. The judge says,” OK”.

“Oh God, Stop “, it’s paining like anything and wounds are forming on his back. “How many,” the judge asks, “ten, Sir”. Oh! That wicked smile.

What’s next? Sattur stands up, firmly looking at the judge. What is he going to do, everyone silent? He runs towards his home, asks his wife a hundred coins, runs back and offered it at the feet of the judge and runs again like there is no tomorrow, “it’s enough” he screamed. But there is one thing, “Who has the guts to think like him, indeed he is the man of steel ”, the judge says, “hehe”, that wicked smile !! 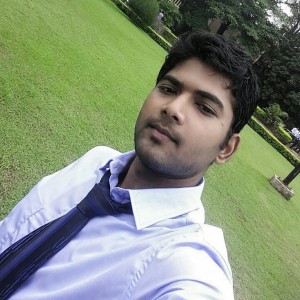