The island in the river

I found at last, the location of the man who would know about the iron mine. He was too elusive to track and find. Nirvaira is his name. He lives on the island in the river. I wait for the boatman who will ferry me across the river.

I need the mine. It is full of best yield-able iron ores. Enough iron ores for enough number of swords and shields. Whoever so will excavate the mine will have the upper hand in all coming battles. Eventually my king will end the war among kingdoms.

The river sprouts around the island in one direction from one end to other like some beast that is never going to spare any life. The flow was rapid with green color blurring everything under the surface. Though her name is Kalyani she en-kindles uncertainty and fear . She bestows her blessings to anyone who ploughs the earth nearby and sometimes she shows her rage with flood. The villagers worship her and believe she resides in the island. Hardly any villager visits the island.

Yet Nirvaira lives there. Perhaps he is a man like me as I am Nirbhaya Bhata.

The boatman arrives. He had reluctantly agreed to take me in his boat after I offered him a better sum. The villagers were afraid of the soldiers or more so the Bhatas, the swords for hire. I do not carry emblem of any king on my saffron-red armor. I do not have to answer to anyone even if I massacre a family, except to my purse and pride. The men who are not allowed or afford to carry a sword fear me. So did the boatman but he feared Kalyani more . The recent flood that had brought famine into the region came to my rescue. Henceforth I easily convinced him with coins.

The black clouds are gathering. It will take an hour to reach the other strand. I have come this far and I will not let anyone else get to him first.  I enter into the boat carrying my steel sword within a scabbard.  The boatman dismayed asks

I had inquired about the man named Nirvaira. He is a tall man with muscular figure, bald head, mustache and most of the time dons a white dhoti and a blue angrakha. Crossing the river he visits the village twice a month only to buy necessities. Working as an iron smith he sells axes, picks, hoes, small knives all things that are not designed to kill. His well-fashioned goods caused a rumor that clued me about the mine.

So Nirvaira must have an iron sword too. Can he wield his sword with more speed or force than me ? I am uncertain.

In conclusion, I need the sword.

He removes the iron anchor and begins paddling. I avoid  starting a conversation because it always leads to debate about my Dharma. The dharma of a bhata comparatively is simple. Somebody pays you to fight for the payment and kill for the payment. You do it for the payment. I am no Kshatriya, I do not want to be. They are prisoners of their own ambitions. Ambitions harbor rules.

I only want the wars to end because I am tired though it is not my dharma. Whose dharma is it then ?

I am close. I have already crossed half of the river. Again, I rendezvous with my ill-fate. This time it is a storm. Lightening begins striking from the sky. Rain starts pouring upon both of us. By the time I stand winds start blowing downwards Kalyani and raindrops  feel a like bunch of arrows who want to pierce through you. The only way to life is to move towards the island. I know it from the battlefield. Instantly I scream at the boatman to continue paddling. He obliges. I clutch to one end of the anchor quickly.

The wind becomes too strong for him too handle . All of a sudden the paddle breaks. Then in a moment boat topples and I tumble down the river.  As the water gushes though my nose, mouth, eyes and I black out, I hope for one thing only: 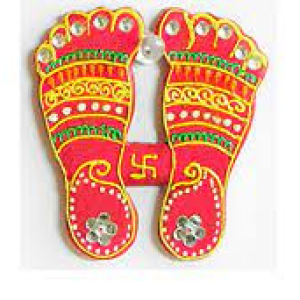