Here is an another story from panchatantra, after “The bird with golden droppings“

Long ago a Brahmin called Haridatta lived in a little hamlet. He was a farmer but the piece of land he cultivated provided him with so little to survive on that he was very poor. One day, unable to stand the heat of the summer sun, he went to rest for a while under a big tree on his land. Before he could stretch out on the ground, he saw a huge black cobra slithering out of an anthill nearby. The snake then spread his hood and swayed gracefully from side to side.

Haridatta was astonished to see this, and he thought, “This cobra must really be the goddess of this land. I have never seen or worshipped her before, which is probably why I am not able to get anything from the land From this day onwards, I will worship her.”

He hurried back to his home at once and returned with a glass full of milk. He poured it into a bowl and turning to the anthill said. “O ruler of the land. I did not know you were living in this anthill. That is why I have not paid my tribute to you. Please accept my apologies for this omission, and accept this humble offering.” He then placed the bowl of milk at the entrance of the anthill and left the place.

The next day when the Brahmin arrived to work on his land before the sun rose, he found a gold coin in the bowl he had left at the anthill. He was very happy indeed, and from then on, he made it a practice to offer the cobra milk in a bowl each day. The next morning he would collect a gold coin and leave.

One day, Haridatta had to go to a neighbouring village on business. He asked his son to go to the anthill as usual, and leave a bowl of milk for the cobra. The son did as he was told, but when he went to the same spot the next day, he found a gold coin in the bowl. As he collected the gold coin he thought. “This anthill must be full of gold. If I kill the cobra, I can collect all the gold in one go instead of having to waste my time coming here every day.”

He then struck the cobra with a big stick. The cobra deftly dodged the blow but bit Haridatta’s son with his poisonous fangs. The boy soon died. When Haridatta returned to his village the next day, he heard how his son had met his death. He realised at once that his son’s greed would probably have caused him to attack the cobra.

The Brahmin went to the anthill the day after his son’s cremation and offered milk to the cobra as usual. This time, the cobra did not even come out of his hole. Instead, he called out to Haridatta. “You have come here for gold, forgetting that you have just lost a precious son and that you are in mourning. The reason for this is pure greed. From today, there is no meaning in our relationship. You have sullied our friendship! Blinded by his youth, your son struck me and I bit him. How can I forget that blow? How can you ever forget the grief of your son’s death? I am going to give you a diamond, as a final gift. But please don’t ever come back again.”

He slithered away and as the Brahmin watched the cobra disappear, he realised that once a strong friendship built on trust is broken it can never be restored. 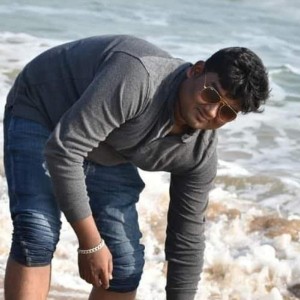